One of the things we can’t change about life is resistance. This season on the podcast, I’ve gotten curious about what role  resistance plays out in people’s lives, and I’m asking every guest about how they have faced resistance.

This week, Emily Ann Peterson answered the question “Where have you seen resistance come up in your life and how have you overcome it?” in a way I hadn’t heard yet. Emily Ann is a musician who had to shift her focus from the cello to piano after being diagnosed with an Essential Tremor in 2012. You can listen to that episode here:

Here’s what she says about resistance in her life, which she sees through the lens of her musical training: “you don’t overcome resistance, you use it. Fear is friction, and friction is necessary.” Without the resistance of the bow across the strings of a cello, she explained, you don’t get sound or music. Those gifts are only possible when you use resistance and friction, working with it to create something joyful.

I thought about Emily Ann’s take on resistance as I was having a conversation with a coaching client. We were talking about how being a people pleaser was making it difficult for her to take action on decisions she knew she needed to make.

“My desire to avoid conflict is so strong that I’ll often ignore something, or just say yes, even though that’s not really what I want to do.”

This is a discussion I have with lots of clients. Women find themselves getting stuck in indecision, or worse: making decisions strong, smart women know are “wrong” for them, in the name of avoiding conflict or keeping the peace.

What’s at the heart of this people-pleasing phenomenon?

There are a few things that stand out for me around people pleasing. Let’s look at this in three ways:
1. Lots of women struggle with this. You’re totally not alone. Just check out Andrea Owen’s book (How to Stop Feeling Like Shit – ). People pleasing is listed as one of her top behaviors that are keeping us from our joy.

2. There are different levels of people pleasing, and it might be helpful to think of it as something that has a volume control on it. When you turn the volume down on how it’s playing out in your own life, it’s a beautiful trait that means you’re likely a thoughtful, considerate, mindful and well-intentioned person. When you turn up the volume and allow it to rule your decisions, it plays into its “Shadow side” ( which you can hear more about in the episode with Kelley Kosow), and it can feel less than helpful.

3. And lastly, let’s look at the discomfort you and I feel when people pleasing comes into play. Here’s where Emily Ann’s view on resistance comes into play. If you use the resistance you’re feeling in those moments when you know you’re people pleasing, and mindfully note that what you’re doing doesn’t feel good, you can choose to change how you react to the event. In that moment, a small shot of courage, of saying the thing you don’t really want to say, of putting yourself out there in a vulnerable way is the only antidote to overcoming the people pleasing. 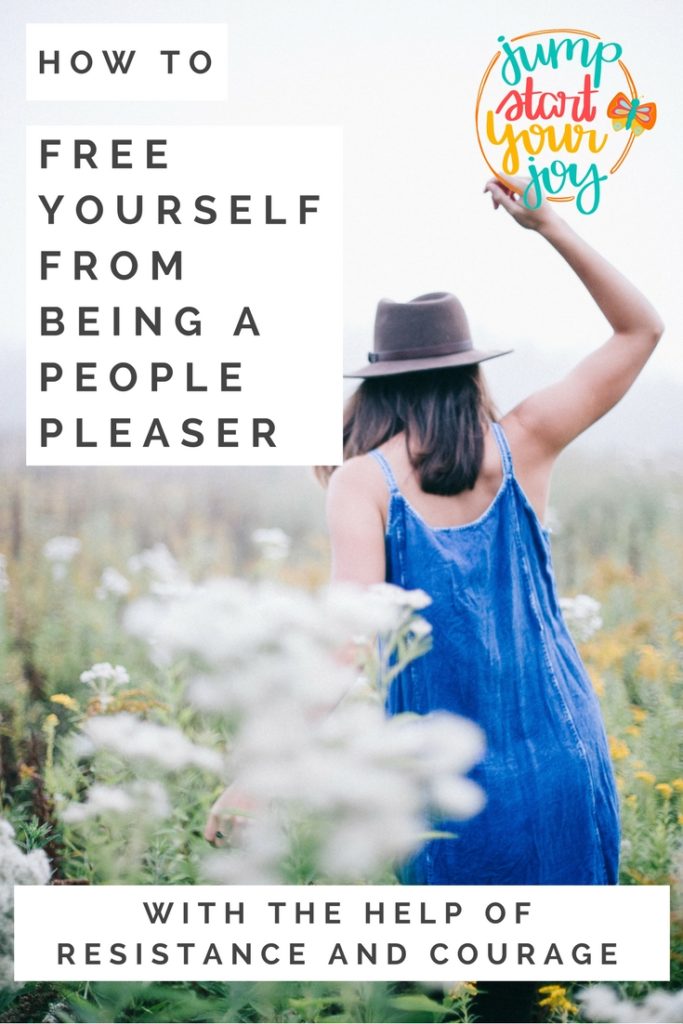 Freedom is found in the small choice to put bravery and courage ahead of avoiding the short term discomfort potentially being disliked, or judged, or whatever it is that you are avoiding. It’s in deciding that the thing you need to speak your own mind on is more important than the temporary moment of fear that you may experience.

Or, as with any courage, it’s as Meg Cabot says, “Courage is not the absence of fear but rather the judgement that something is more important than fear; The brave may not live forever but the cautious do not live at all.”

Here’s the truth about what happens when you state your mind, or turn down that invitation, or tell someone no. More often than not, they will respect your feedback. Good, kind, loving humans (like the ones I know you tend to hang out with) appreciate direct feedback stated in a nice way.

[bctt tweet=”Good, kind, loving humans (like the ones I know you tend to hang out with) appreciate direct feedback stated in a nice way.” username=”jumpstartjoy”]

One example of this is a pitch I got this week for an author to be on the show. As you know, the hallmark of my show is highlighting the stories of people who have chosen joy, even when times are hard and life is difficult. Choosing joy in those moments often feels like the most improbable choice, but as I’ve seen time and time again, it’s often the choice that changes the entire trajectory of one’s life, as it did with mine after the traumatic birth experience I had during the delivery of my son.

In this pitch, the agent indicated that his client had lived through difficult times, including abuse, and now runs a six figure business. But, he stated, she is not open to talking about her past in interviews, just about the results she gets now, and how audience members can leverage her program to get similar results.

First, I respect this completely. No one should share what they don’t want to share, no matter what. I’ve never asked a guest to discuss their past, never dug into someone’s past and pulled it out, Donahue style, for them to reflect on. That’s not who I am or how I feel anyone should be treated.

I think that part of the magic of the show is that we get to see that everyone has had difficult times, that we’ve all faced the hard stuff, and that the inspiration comes when someone chooses to live something different than their current circumstances.

I wrote the agent back and told him thank you, but no, and went a step further to explain why this guest would not be a great fit for my show. As a previous People Pleaser, this wasn’t easy. It would have been way easier to ignore the request, or even allow the guest on the show. But I wanted to honor the agent’s inquiry, and provide him with why I felt this guest wasn’t a fit. I respected him, and I realize there is the potential in a relationship beyond this one pitch.

And do you know what the response was?
“Thank you. I deeply appreciate your response, and that you know your audience and your show so well.”

And I think that’s the kind of response that you’ll see if you start to speak your truth and your mind with respect and love to others, as well.

It’s not easy. It’s not what many of us are taught as “good girls.” I worried, even in this one example, that the agent might see me as ungrateful, or pushy, or mean. The thought crossed my mind that maybe if he saw me as “difficult” he’d take me off his list of people he contacted the next time he had a great client to pitch.

Instead, I approached it from a place where I assumed the best of everyone involved, and took a chance on sharing my own truth. I encourage you to do the same, the next time you’re faced with a question where the answer feels uncomfortable to you.

[bctt tweet=”Instead of stepping back from the discomfort, see it as an opportunity to take a deeper look at what is going on. ” username=”jumpstartjoy”]

As Emily Ann discussed this week, the discomfort, or that resistance you feel, can act as an invitation to look at what’s going on and get curious. What action would feel better for you, long term?
How can you do something that feels uncomfortable in the moment but is more in alignment with the person you want to be?
How can this resistance point you towards joy? 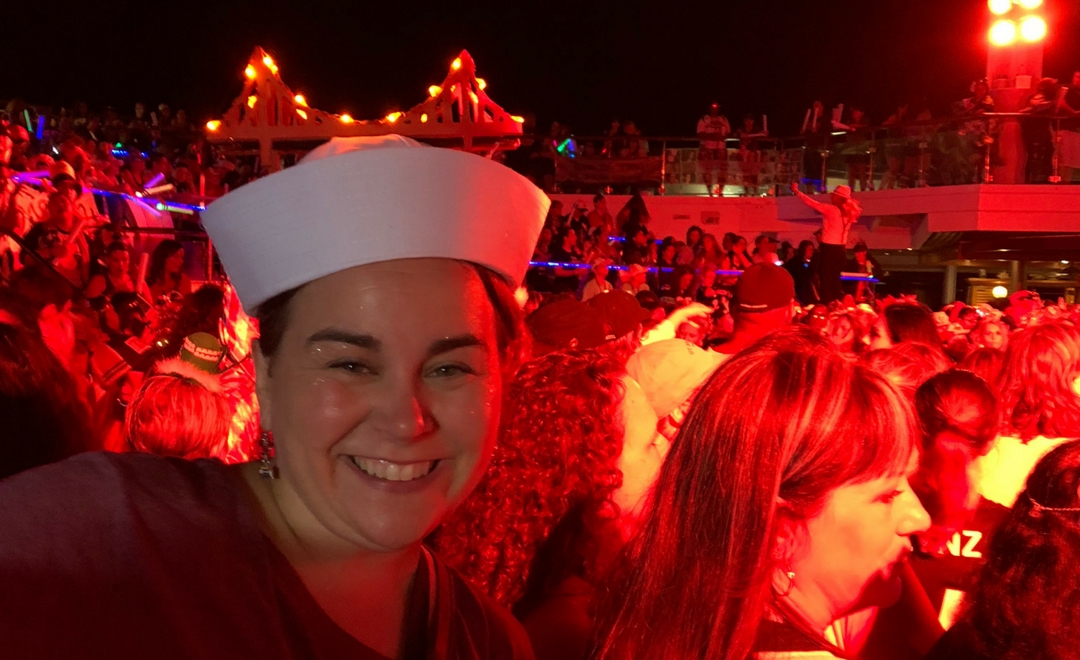 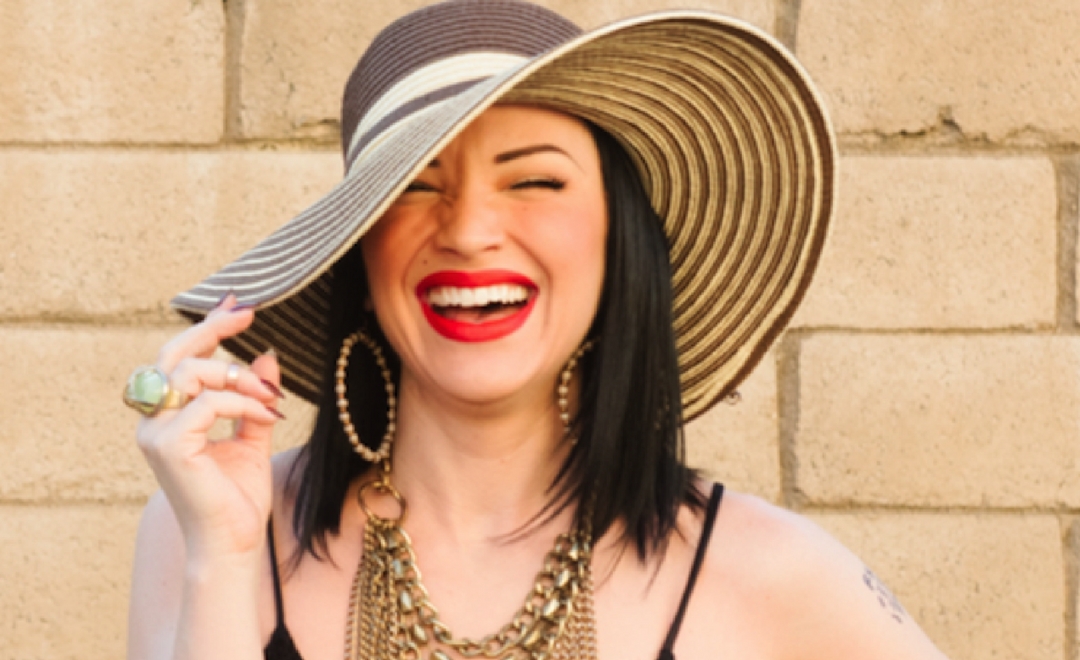 Ep122: Defining Boundaries, Embracing Kindness, and How to Live Your Most Joyful Life with guest Amy Smith 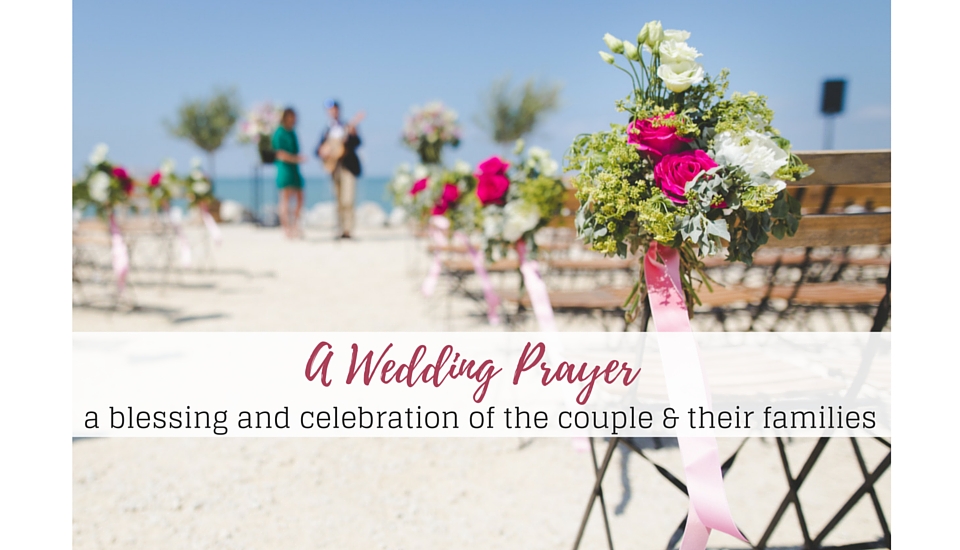 Get Your Free Ten in Three Worksheet