On Saturday, Zoom (my son) and I headed up to San Damiano to help my best friend Tammy lead a two hour session with a group of about ten children. The unusual thing about this is that in it’s fifty one year history, this was the first time that San Damiano had welcomed families with children as part of an overnight retreat. It’s a retreat center place that started as a silent retreat center for men, and the walls are thin, most rooms have two twin beds. So this event was a trial to see how things would go, and we were all just pleased to be a part of it. 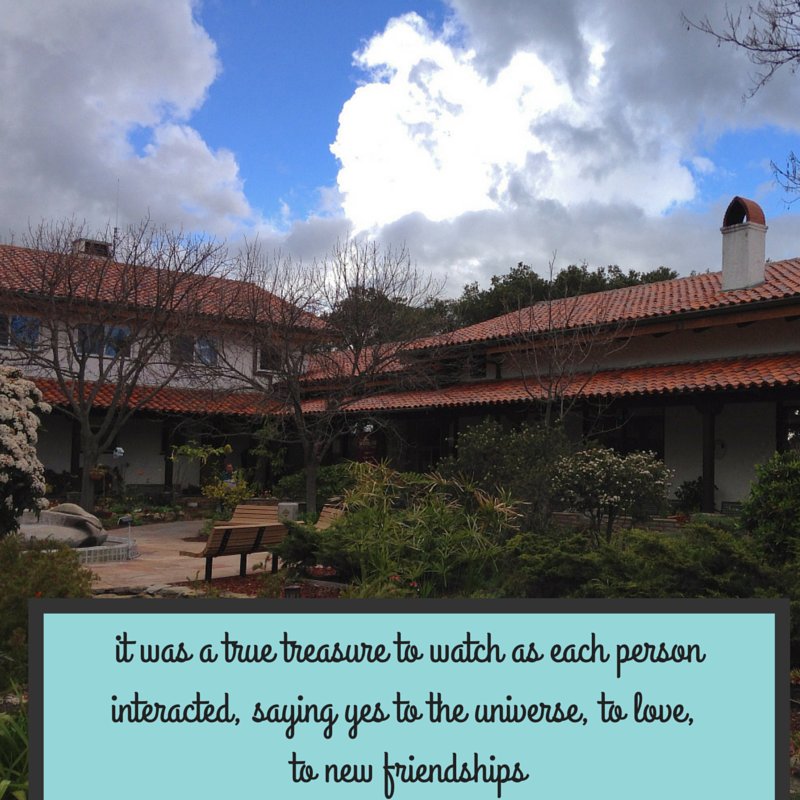 We started off the morning with a bean bag throwing game, to get everyone acquainted. It’s an ice breaker I’ve done before with adults, and the kids loved it so much that they asked to do it again and again. And things got a little crazy, and one little boy started throwing wildly, and well, next thing we knew, there was a bean bag sitting up in one of the very solemn, very proper light fixture, with one of the glass panels knocked loose.

That made for a fine time for a bathroom break, so I escorted a couple of the boys and stood in the hall while Zoom (age 4) and Grant (age 7) used the restroom. This being the first time, ever, that I had not gone in to the restroom with my son, I was half nervous, half amused when another grown up went in, and totally relieved when there was no laughing coming from anyone in there.

Just then, Brother Mike, the administrator of San Damiano, came out of his office. He seemed confused to see me standing outside of the men’s room, and so I explained what was going on.

“Brother Mike,” I said, “I know this is the first time kids have been up here, and I have to inform you that we have already managed to launch a bean bag into one of the chandeliers. It’s not broken. I take full responsibility.”

Brother Mike looked at me, kind of amused, and laughed. And then asked, “Did anyone get hurt? I can get it down tomorrow, after the retreat.”

I reported everyone was just fine, and that’s when Zoom and Grant came out of the restroom. Both were wide eyed, as they were face to face with a Franciscan Friar. Brother Mike was in his brown robe, and sandals and the boys seemed intimidated.

I introduced everyone, and Grant shyly announced that we’d thrown a bean bag into the light. Brother Mike said he knew and no one was in trouble.

And then, Brother Mike looked at Grant’s shirt and said, “Cool Minion, dude.”

Grant’s eyes lit up and without missing a beat, he replied, “Bee doo, bee doo.” 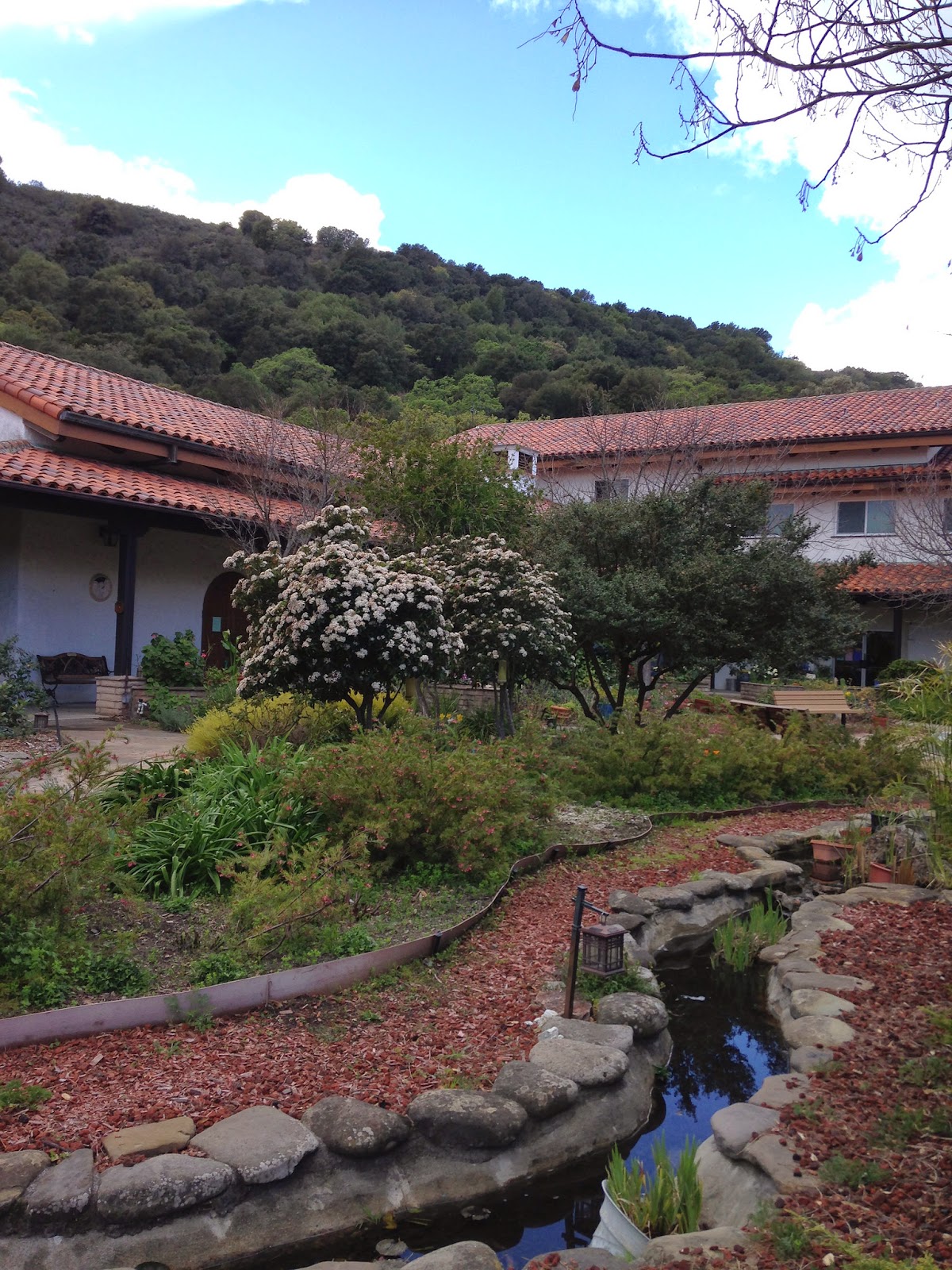 Later we were out in the courtyard, which has a little stream and fish in it. The children loved the fish and the stream, and running along side it. Dorothy, who works at San Damiano, was walking past, and I waved at her. She came over, and I introduced Zoom.

“Look!” He said to her, “There are tiny fishes in there, and I think that one is my friend.” She knelt down, and looked into the water with him. “Yes,” she said, “I do believe he is your friend!”

And they laughed and looked at the fish, and other children came to talk to Dorothy and they all fell in together like they’d known each other all their lives.

As they laughed, and pointed at fish, I recognized that this the wonder of The Dance. The Friars, in saying yes to something they’d never done before, opened their doors to a new world. To new experiences, to a different kind of energy. And it was clear that each of them were warmed by the presence of these children. And the kids, they loved the new place, the storybook-like courtyard, getting to meet new people. They loved the attention of adults that regarded them as equals, and met them where they were, silently inviting them in to their community. In turn, children have that magical way of naturally inviting others in to their world, with their curiosity and joy, they make such quick friends. There was an absolute easy to these interactions, and it was a true treasure to watch as each person interacted, saying yes to the universe, to love, to friendships, to the joy of getting to know another person, another part of God’s creation.

How To Market a Retreat

Taking That Retreat Feeling With You

How to Do a Centering Prayer Meditation

Our Wedding Dance, or Dancing in the Kitchen