Over the last year, I gained about twenty pounds. If you’re a regular reader, you know I’m 4’10” and so that’s a rather substantial amount on my frame. Twenty pounds is nearly as much as I gained when I was pregnant! This last round of weight gain was from stress, and from having zero self control around the large snack basket that my previous employer kept stocked in the kitchen.

Me jumping for joy in the kitchen on my last day at that job … lol, someone was making drinks and so we were goofing around taking pictures: 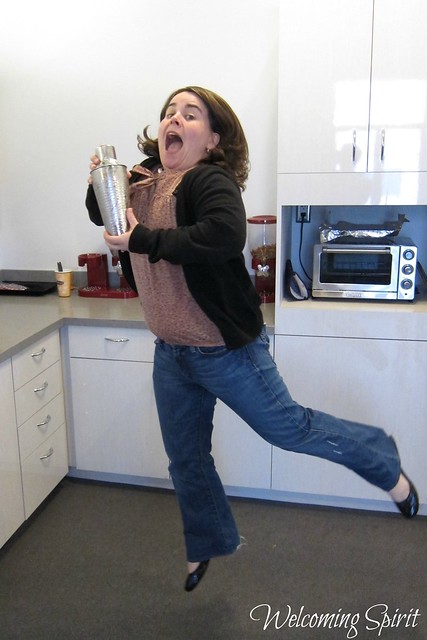 Losing weight and getting healthy is not specifically included in my “ten in three” plans, but I’ve adopted it as something I need to do anyway. I’ll admit that I’d like to get my weight down for the wedding, but it’s also because I’m just not happy with the way I look or feel. Sometimes after losing weight our skins get loose, which may look ugly and induce a feeling of old age. Nowadays, skin tightening devices such as secret rf machine can be used by a doctor to tighten our loose skin. Such treatments might help in looking much younger as compared to the actual age. Talking about my increasing weight, this time around, the weight gain has been mostly around my middle, which is a new and not so awesome way for weight to settle. I’ve joked before that every 10 years the body changes how it stores weight … well, the 40s must be around the gut.

I’d gotten back on the Weight Watchers, which had worked for me before. This time around, not so much. I lost a pound or two and stalled. I considered a different plan to get my weight down; after all, there’s plenty out there! I’d heard about these Houston weight loss clinics that provided you with a diet menu and medical consultation. It seemed more attentive than the Weight Watchers program, but I decided to do more research on the topic.

I felt like I needed more information to figure out WHY I wasn’t dropping pounds, so I bought a Burgundy Fitbit One Wireless Activity Plus Sleep Tracker 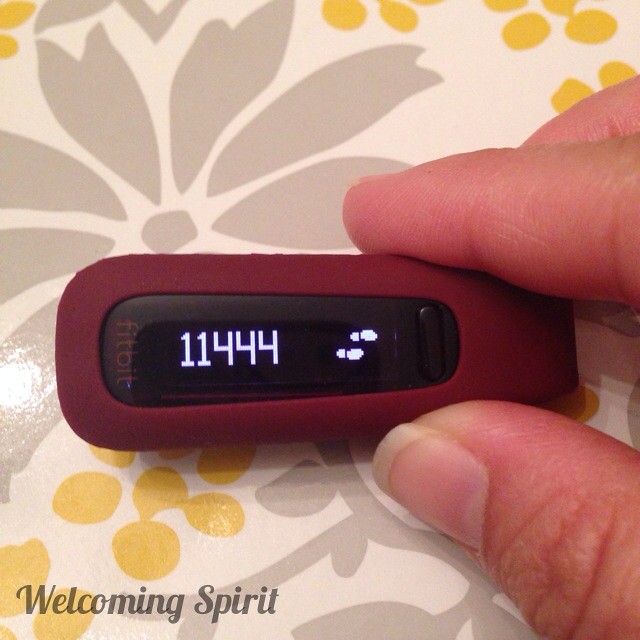 It’s just been three days, but I already love it! It tracks steps taken, calories, stairs climbed, sleep activity, it can let you know what your heart rate is and in the app you can track the food that you’ve eaten that day. I love that you then have a very clear picture of the calories in versus the calories out.

Simple math will show if you’re going to gain weight or lose weight.

Here’s a screengrab of the app itself. Easy to read and the FitBit One will sync with your iPhone over Bluetooth. It was super easy to set up. 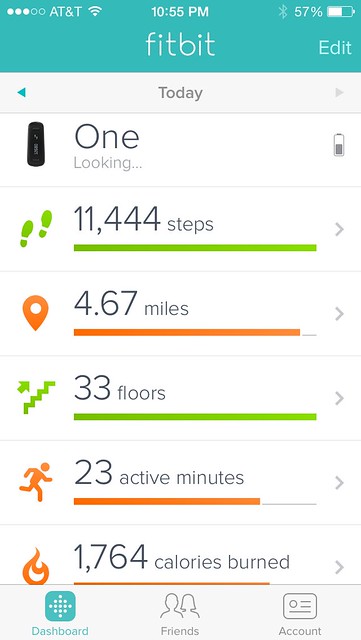 I’ve lost about half of the weight (I lost 7 pounds before signing up for Weight Watchers), and with my new digital scale, it looks like I’m trending to lose weight this week. That is good news!

Do you have a Fitbit? Do you like it? I’d love to hear, or answer questions about it if you have any.

(Note that the link to the FitBit above is part of the Amazon Affiliate program. If you click over and buy a Fitbit, I get a tiny commission, which will go towards my life coach training tuition. I hope you’ll love it!)

It is Not My Grief to Own

How to Study for the PMP Exam When You're Busy

How One Business Trip Changed My Life, Or That Time I Went to New York and saw Kinky Boots