This week’s episode is a solocast, and I’m sharing my thoughts about what the fear of failure can teach you about balance. As a project manager over the course of 17 years, one of the hardest lessons I had to learn was to let people (including myself) “fail.”

Even with the best laid plans, it is inevitable that as projects progress, deadlines slip, or, you discover that something is not truly possible (creative ideas nearly always butt up against technical limitations), or people have  other things come up in their lives. When I was a new project manager, it was very hard for me to let go of my perceived control around deadlines and meeting stated requirements. It was hard for me to see that anything else could be as important as getting something done “right.” 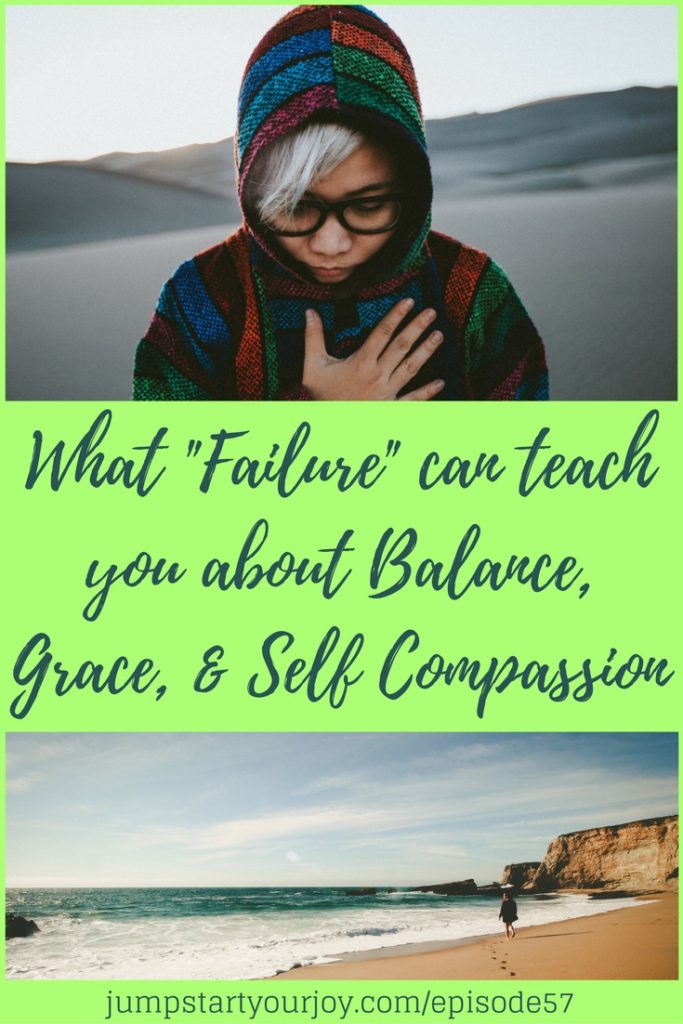 Over time, and over a series of failures ranging from small to epic (one of which I share in the podcast episode this week), it became clear that even with my best intentions and in throwing every tool I knew at a project, “failure” was still a very real possibility.Not only that, but even the best project managers had plenty of projects that went side ways on them, and that truly, change was part of the process.

The only hard and real truth I came to realize around failure? I was tying the success of a project to my own perceived self – worth. I wasn’t extending grace or flexibility to myself because I could not deal with the idea that I didn’t measure up. There was also a heavy undertone to my fear (hello inner critic) that any sort of “failure” on a project I was leading would prove that I didn’t know what I was doing. That I would be found out, that I was an impostor. Of course, after 17 years and a great track record, none of these things were true, but, for a long time the fear of failing was there.

And maybe you can relate to this? If you’re anything like me, whether you manage projects or run a blog, or coach people, I’m betting that the fear of failure is an under-current in what you do, even if it’s just there from time to time.

What I discovered, after a near-failure (that I managed to successfully avoid, as I often do), and after taking classes in improvisational comedy is that failure isn’t really real. There. I said it.

Failure is about us putting “right” and “wrong” thinking on an ever-changing process.

Failure is wrapped up in deciding that there is one outcome, and the other outcomes aren’t acceptable.

Failure misses the point of play, of exploration, of creativity. It’s fear jumping in and getting loud. When we question the word “failure,” however it shows up, we get back to feeling balanced, ease-ful, and gracious with ourselves, and with others.

What have you learned from failing?